Union Coop – the largest consumer cooperative in the UAE, confirmed that it is committed to its strategic plan to increase the Emiratization rate in all its branches, centers and malls in Dubai, in order to achieve the directives of H.H. Sheikh Mohammed bin Rashid Al Maktoum, the Vice President and Prime Minister of the UAE, and ruler of Dubai, may Allah protect him, who recently said that providing jobs for Emiratis is a permanent priority in all sectors, and so is attracting and retaining the best national cadres, noting that the percentage of Emiratization of senior positions in Union Coop has reached more than 72% so far, as it has implemented many of the initiatives that attract qualified Emiratis.

In detail, H.E. Khalid Humaid Bin Diban Al Falasi, CEO of Union Coop confirmed that Union Coop has made great strides in the field of Emiratization, based on the directives of the wise leadership of the country, and in support of enhancement of its wise future aspirations that are in the interest of the nation and its citizens, and the development of the skills of young Emiratis and their abilities to engage in the job market, pointing out that Union Coop seeks to recruit and train national cadres to support the march of success and excellence in the country, as ‘Emiratization’ is considered one of the most important strategic goals that it places at the forefront of its own individual goals as a leader in the field of retail trade.

He revealed the number of national employees working under the umbrella of the Union Coop, has reached 453 Emirati employees, as employment was not limited to just numbers, but rather sought to localize senior job positions, which reached more than 72% so far because the best way to adopt the idea of Emiratization is to localize the jobs that have the decision. He continued: Union Coop has been able to occupy dominant positions in the private sector thanks to its provision of job opportunities for the Emirati youth, and jobs with clear and accurate descriptions that suit their academic qualifications, as the percentage of jobs that are subject to Emiratization after excluding expat employment has reached 37% so far, as a result of the dedicated efforts to attract qualified young Emiratis to work in Union Coop.

And he indicated that Union Coop is working to attract national candidates of all categories for many roles in some of its targeted professions, such as Cashier, Treasurer, Customer service coordinator, data entry, and consumer happiness services, to ensure the fulfilment of job aspirations for national candidates, they have been educated, trained and guided, and offer an attractive work environment for them within its integrated system and in all its branches and centers spread in the Emirate of Dubai.

He added that Union Coop has set Emiratization as a basic pillar and sought to achieve this goal through the implementation of several programs and projects to attract Emirati talents, including the open day recruitment events that target Emiratis, and increase the percentage of Emiratization for bachelor’s degree holders and a high school diploma holders, as it prepared itself with all seriousness to achieve this goal, by adopting a policy for Emiratization that is reviewed and updated periodically, indicating that it provides Emiratis with all the incentives that encourage them to enter the private sector. 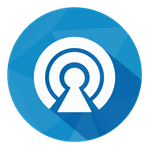