This year’s theme is “Cooperatives build a better world.”

In addition, he indicated that cooperatives have proven to be more than capable of facing and overcoming crises, and this was proved with their ability to withstand and confront the Corona crisis from its beginning until now, by participating in activities that promote economic stability and provide all basic commodities to consumers at competitive and reduced prices, which contributed to enhancing food security and preserving the capital. In addition to strengthening societal moral values ​​and achieving peace for individuals with their food security, noting that this year is an exceptional year for cooperatives as it coincides with the global celebration of cooperatives on the 100th International Day of Cooperatives, pointing out that the Union Coop believes in the importance of joining forces of cooperatives together to help build a society and a better world for all by providing distinguished global services.

He pointed out that the International Day of Cooperatives is one of the occasions in which each cooperative recalls its stages of progress since its establishment, whether in terms of services, achievements or societal contributions it provided to the community, in addition to its foresightedness to meet all the demands of population and consumers to create a better world for future generations.

He pointed out that the Union Coop believes that corporate social responsibility is one of the basic elements in which it is distinguished as it considers it a priority, stressing that this matter pushes it to exert more efforts to serve the community and its members in all its categories and to always be the best with all its services, as it plays a major role in maintaining competitive prices in the market through its periodic offers, which will benefit consumers.

He said that the Union Coop launches every year on the occasion of the International Day of Cooperatives attractive discounts on all the basic products to delight consumers and to highlight its role in supporting societal groups by providing products at low and competitive prices, pointing out that the volume of sales of fresh local and organic vegetables and fruits is constantly rising due to the quality of High products, where the support and encouragement of local farms come at the top of the Union Coop’s priority list, noting that the cooperative constantly provides its support to Emirati farms and cooperates with all farmers to support local products in the markets. 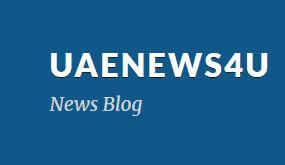