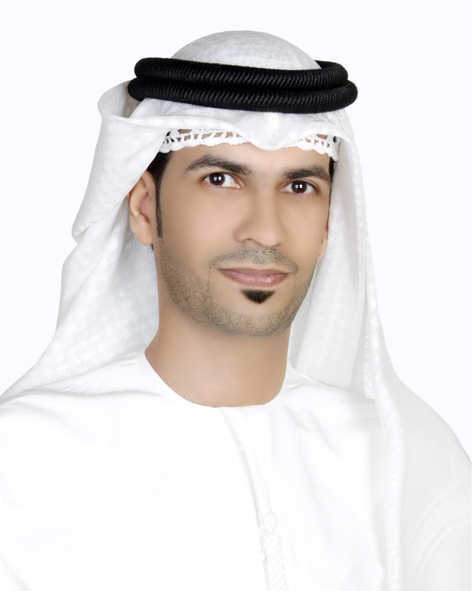 The Emiratisation process is among the most important strategic goals of the Union Co-op with the senior management paying great attention to attracting young citizens to fill various positions according to their skills, abilities and specialties under a stimulating and stable work environment. The management believes that using national expertise is vital factor in development, and hence, focuses on increasing their participation within the private sector, which is highly active and plays an important role in contributing to growth and prosperity in the UAE alongside federal government entities.

In this regard, Khalid Al Falasi, General Manager of Union Co-op, said in an interview with ‘Al’Amal’ magazine that Emiratisation is considered one of the important initiatives launched by the UAE. He said the Union Co-op has been implementing several plans and programs to meet Emiratisation plans, something, which contributes to the vision of His Highness Sheikh Khalifa bin Zayed Al Nahyan President of the United Arab Emirates, and His Highness Sheikh Mohammed bin Rashid Al Maktoum, UAE Vice President and Prime Minister and Ruler of Dubai.

“We are keen to recruit citizens in the Union Co-op because Emiratisation is a main strategic objective, we have the highest proportion of locals compared to other companies in the private sector, due to the wide selection of job opportunities offered to our employees and newcomers,” he said.
He explained, “The Union Coop believes in the importance of investing in national human resources and their empowerment to support their development at various administrative and technical levels, enabling them to become future leaders whom enjoy a high level of efficiency.”

Ahmad Bin Kenaid, Human Resources Department Manager at Union Co-op, said, “The Union Coop supports recruitment plans of national human cadres, we always attract and retain local talent to serve in various jobs available. The Co-op seeks to rehabilitate and train national cadres to enable them to effectively contribute to support the construction and development process of our nation, especially in the retail sector, which is one of the most vital sectors.”
Sharing further details, Bin Kenaid said the Coop has 408 male and female employees, which is considered the highest number of citizens employed in the private sector. “The percentage of national employees is 81 per cent in senior leadership positions, 42 per cent in mid jobs and 31 per cent in minor jobs. The management aims to increase the number of national employees by 2016 to more than 432 and increasing the proportion of Emirati employees to more than 35 per cent.”
Bin Kenaid said, “Last year, we organized a nine-day open recruitment day which saw over 248 job interviews with UAE citizens, which resulted in the employment of 163 citizens in various co-op departments. We periodically organize recruitment days to attract locals to join our workforce.”
He pointed out that the management trains and develops human resources and acknowledges their achievements, in addition to providing them with top services and ensuring them an ideal working environment to ensure their involvement as a team with the highest productivity and effectiveness, which is clearly reflected in the Union Co-op’s success over the years.
“Supporting the UAE’s policy towards Emiratisation, Union Co-op has continuously communicated and coordinated with the National HR Development & Employment Authority (Tanmia), which has been recently merged with the Ministry of Human Resources and Emiratisation to access a database filled with different professions and capabilities ready to join the Union Co-op,” he said.
Bin Kenaid pointed out that Tanmia honored the Union Coop during the closing ceremony of the eighth edition “Tamaiaz Award”, which was held under the patronage of His Highness Sheikh Maktoum bin Mohammed bin Rashid Al Maktoum, Deputy Ruler of Dubai, for contribution towards the success of the award’s program, and keenness to develop skills of UAE nationals and employing them during 2015.

Suhail Al Bastaki, Manager of Marketing and Communication Department, said, “In order to invest in young Emiratis, developing their skills and training them to becoming future leaders within the private sector, particularly in retailing, the Union Co-op has launched a leadership development program the ‘Young Leaders Program (CYL)’ to achieve the above and benefit UAE nationals, not only by providing jobs, but by enabling them to sustain their careers and advance on the long-run.”
He explained that the management had spent over AED 3.8 million in 2014 to support the ‘Young Leaders Program (CYL)’ to enroll students into a specialized course for a year and qualify them to become leaders in the desired areas.
“Union Co-op is one of the best private establishments in the country, of course in terms of work environment and provide all the support and facilities required to reach superior innovation and excellence. The management takes many initiatives, programs and activities which contribute towards developing the fact that Union Co-op is not just a company but a family to all.
He added that Union Coop offers many advantages to the employees, parallel to the advantages enjoyed within the public sector, including high salaries, attractive benefits and working hours appropriate to all, in addition to the training process associated with the career path that qualifies employees to better career opportunities within the organization.
“Based on the directives of the Union Co-op senior management, 2015 was decided to be ‘Staff Happiness Year’.
The management approved organizing events and various activities such as recreational tours for the staff and honor outstanding performances, visiting patients at hospitals, sport leagues and other initiatives. In addition, 975 employees were honored for their outstanding performance in various fields, all of which shows that the relationship between the Union Co-op management and its staff is correlated like a big family,” Al Bastaki said.
With the aim of attracting citizens and keeping them part of Union Co-op, the management launched “Tawasul” initiative to establish an interactive approach between the management and staff. This benefits both and most notably increases the happiness levels of the employees, further contributing to enhancing level of services for customers.
Cultural and recreational events were also organized including a special ceremony for 200 employees from different departments last year.

Al’Amal magazine spoke to a number of Union Co-op staff about their experiences and their perception of the internal policies and regulations adopted by the corporation to reach high happiness levels and develop staff performance in the private sector.
Tareq Al Hossani, Head of Recruitment section, said, “I did not have any hesitation to engage in the private sector, it’s such a new experience. I’ve served for more than 10 years in the private sector and everything seems to be running well.”
“Serving in the private sector, I’ve came to realize that self-development occurs without a doubt, it encourages competition amongst all staff, not forgetting all the support we enjoy from the Union Co-op to improve our career level,” he said.
He acknowledges all the development of skills and abilities that Union Co-op has encouraged over the year for its entire staff, as well as practical experiences, and the development of innovation and create a healthy working environment and overcome all the barriers and obstacles of its employees.
“I would advise all the youngsters seeking to promote responsibility, learn, and increase self-confidence, simply, join the private sector,” Al Hossani added
Shuaib Al Hammadi, Marketing section manager , said the private sector, is a real opportunity and a perfect platform to achieve extraordinary ambitions that any young citizen seeks, considering it a main reason to seek a job in one of the major institutions in the private sector.
He started in 2013 as an Assistant Director in the Department of Information and Loyalty Programs and said has got numerous opportunities to develop his functional skills through specialized training programs and workshops, which were periodically organized for the employees.
It accelerated his progress and by 2015, he got a leading position at the company
Mohammed Abbas, Umm Suqeim branch manager, (the first smart branch in the Middle East), said during the interview, “My successful and distinctive journey with Union Co-op began in 2004, about 12 years ago, and thanks to God I managed to functionally develop and reach higher positions to where I am today.”
“This did not come out of nowhere, but through my continuous hard work in addition to the motivation I received from the Union Co-op management,” he said.
He explained, “I started my journey with Union Co-op as a supervisor, I was the second UAE citizen to hold such a position since the group started operating.Through training and rehabilitation programs offered by the management I was able to develop my skills and abilities, and upon the opening of Umm Suqeim branch I was assigned to direct the new branch to be the first citizen and the first Arab in the Middle East to serve as a director of the smart branch.”