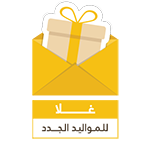 This program was allocated to the newborns for shareholders during the year 2019. The families of newborns were given purchase cards worth AED 400 per month for 6 months. 1000 people were covered in the program during the period from 01/05/2019 until 31/10/2019.

Registration continues until 31/12/2019, or until the number allocated to the program in the Department’s budget is reached.