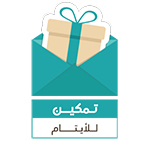 The program was allocated to the orphans of the shareholders and was given a purchase card worth AED 500, valid for 6 months. Under this program, 300 cards were registered and issued from 01/05/2018 to 31/07/2018, and due to high demand, the program was reopened for an additional 17 orphans. The number was reached and cards were issued.