The largest Consumer Cooperative in the UAE, ‘Union Coop’ recently signed 2 memoranda of understanding with ‘Dubai Foundation for Women and Children’, the first non-profitable authorized humanitarian organization that provides shelter and care in the UAE to the victims of domestic abuse, violence, child abuse and the victims of human trafficking. The first MoU states golden sponsorship for the World Day Campaign to reduce the violence against women and raise awareness about the issue, and the second concerns the expansion of green homes project that will contribute to providing a sustainable source of income to assist these groups, which are looked after by the foundation.

The agreement was signed between H.E Afra Al Basti, the Director-General of the foundation and Dr. Suhail Al Bastaki, Director of Happiness & Marketing Department, Union Coop on behalf of the CEO. The signing ceremony was held at ‘Etihad Mall’ in the presence of a number of employees from both sides.

For her part, H.E Afra Al Basti thanked Union Coop, stressing on the importance of these two agreements in enhancing the sustainable sources of income for the foundation to offer free care and shelter service to the victims of domestic violence and human trafficking of various nationalities, as well as supporting the efforts to reduce violence against Women through the awareness campaign organized by the foundation.

Al Basti pointed out that through its support for the Dubai Foundation for Women and Children, Union Coop proves to be a role model in the field of corporate social responsibility and community partnership, based on the values and customs of the UAE society and in line with the vision of the wise leadership of paramount importance to the cooperation between different entities in achieving viable results and hoping for more of similar partnerships in the future.

The Director of Happiness and Marketing Department at Union Coop, Dr. Suhail Al Bastaki expressed Union Coop’s keenness towards supporting such initiatives as he points out that – “Union Coop is keen to support innovative campaigns and initiatives to contribute towards building a conscious society with sustainable and solid foundations.” Al Bastaki pointed out that – “Union Coop with its strategic partnerships seeks to achieve a decent and prosperous living for the members of the society and ensure a steady supply of high-quality social services that contribute towards building an educated, friendly and a loving family environment.”

He adds – “Union Coop is committed to the social development process of the society through community participation and extending a helping hand to the members of the society in an innovative manner and in a sustainable way that contributes to achieving the goals of both the sides to serve the community and ensure its stability and coherence in order to achieve an integrated concept that has a true meaning to it.” 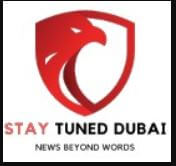